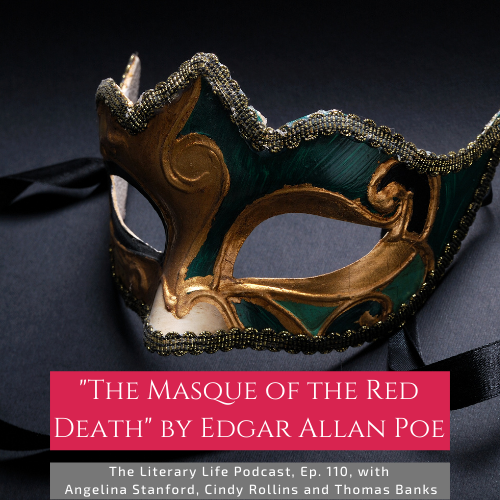 On this special Halloween episode of The Literary Life, Angelina (Harriet Vane), Cindy (Professor MacGonagall), and Thomas (Lord Peter Wimsey), talk about Edgar Allan Poe’s tale, “The Masque of the Red Death.” If you are a Patron, you can watch this episode and see our hosts in their costumes as they discuss the story!

Angelina begins the chat with a little background on Edgar Allan Poe and his thoughts on the imagination and why he wrote the way he did, as well as connections with Samuel Taylor Coleridge. Thomas points out the connection between this story and Boccaccio’s Decameron. Highlights of the discussion include Poe’s use of medieval motifs, the imagery and symbolism in Poe’s writing, the modern person’s avoidance of considering death, and Poe’s idea of life as a play within a play.

Get in on the Western Films and Fiction webinar on November 22nd with Thomas and James Banks! Register here to join in!

Next week we will continue our series on Mansfield Park. To view the schedule for the episodes in the series, see our Upcoming Events page. Also, if you want to join our members-only forum off Facebook, check out our Patreon page to learn more!

I am more concerned by what “the Bomb” is doing already. One meets young people who make the threat of it a reason for poisoning every pleasure and evading every duty in the present. Didn’t they know that, bomb or no bomb, all men die, many in horrible ways? There is no good moping and sulking about it.

There are certain evil men who would be less dangerous if there were not some scrap of virtue in them.

Edgar Allan Poe, from his review of Longfellow’s Ballads

Science! true daughter of Old Time thou art!
Who alterest all things with thy peering eyes.
Why preyest thou thus upon the poet’s heart,
Vulture, whose wings are dull realities?
How should he love thee? or how deem thee wise,
Who wouldst not leave him in his wandering
To seek for treasure in the jewelled skies,
Albeit he soared with an undaunted wing?
Hast thou not dragged Diana from her car,
And driven the Hamadryad from the wood
To seek a shelter in some happier star?
Hast thou not torn the Naiad from her flood,
The Elfin from the green grass, and from me
The summer dream beneath the tamarind tree?

Source: The Complete Poems and Stories of Edgar Allan Poe (1946)

Masque of the Red Death by Edgar Allan Poe

God in the Dock by C. S. Lewis

“The Philosophy of Composition” by Edgar Allan Poe

The Murders in the Rue Morge by Edgar Allan Poe

The Decameron by Giovanni Boccacio

The Tempest by William Shakespeare

The Castle of Utronto by Horace Walpole 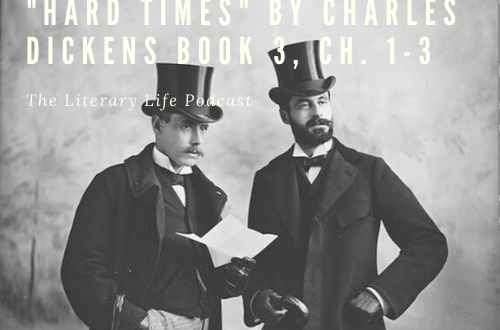 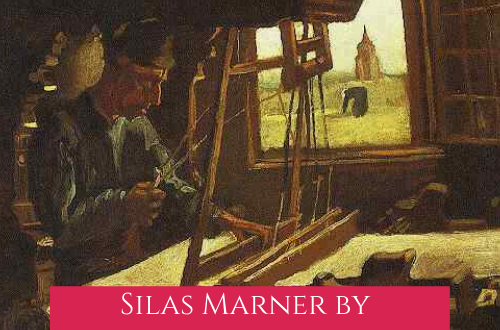