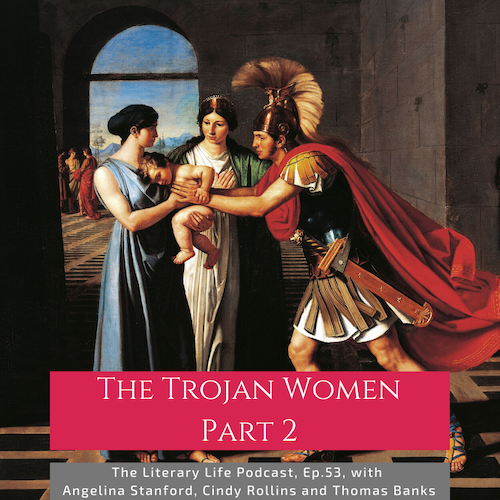 Welcome to the second part of our discussion of Euripides’ The Trojan Women here on The Literary Life podcast. This week Angelina, Cindy and Thomas really get into the meat of the play. If you missed last week’s introduction episode, you will want to go back and listen to that first to set the stage, so to speak. Cindy and Angelina talk about how much emotion is evoked by Euripides’ portrayal of these women and their situation. Thomas brings in some of the surrounding myths that connect to the characters in this play, as well.

Angelina and Cindy highlight the characteristics of Hecuba and Andromache amidst such trying circumstances. In discussing Helen’s role in the play, Cindy mentions a short story C. S. Lewis wrote about Helen of Troy called “After Ten Years.” It can be found in The Dark Tower: and Other Stories and Of Other Worlds: Essays and Stories. Our hosts share their emotional responses to the utter heartbreak of the mothers on top of the demise of Troy itself.

There are decades where nothing happens, and weeks where decades happen.

While affording some secrets of ‘the way of the will’ to young people, we should perhaps beware of presenting the ideas of ‘self-knowledge, self-reverence, and self-control.’ All adequate education must be outward bound, and the mind which is concentrated upon self-emolument, even though it be the emolument of all the virtues, misses the higher and the simpler secrets of life. Duty and service are the sufficient motives for the arduous training of the will that a child goes through with little consciousness.

Perhaps the surest measure of O’Connor’s sense of calling was her willingness to be misunderstood.

All the World’s a Stage

All the world’s a stage,
And all the men and women merely players;
They have their exits and their entrances;
And one man in his time plays many parts,
His acts being seven ages. At first the infant,
Mewling and puking in the nurse’s arms;
And then the whining school-boy, with his satchel
And shining morning face, creeping like snail
Unwillingly to school. And then the lover,
Sighing like furnace, with a woeful ballad
Made to his mistress’ eyebrow. Then a soldier,
Full of strange oaths, and bearded like the pard,
Jealous in honour, sudden and quick in quarrel,
Seeking the bubble reputation
Even in the cannon’s mouth. And then the justice,
In fair round belly with good capon lin’d,
With eyes severe and beard of formal cut,
Full of wise saws and modern instances;
And so he plays his part. The sixth age shifts
Into the lean and slipper’d pantaloon,
With spectacles on nose and pouch on side;
His youthful hose, well sav’d, a world too wide
For his shrunk shank; and his big manly voice,
Turning again toward childish treble, pipes
And whistles in his sound. Last scene of all,
That ends this strange eventful history,
Is second childishness and mere oblivion;
Sans teeth, sans eyes, sans taste, sans everything.

The Trojan Women by Euripides

Towards a Philosophy of Education by Charlotte Mason

Iphigenia in Aulis by Euripedes

The Illiad by Home

The Dark Tower: and Other Stories by C. S. Lewis

Of Other Worlds: Essays and Stories by C. S. Lewis 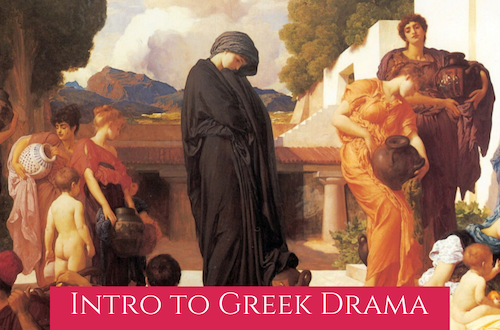 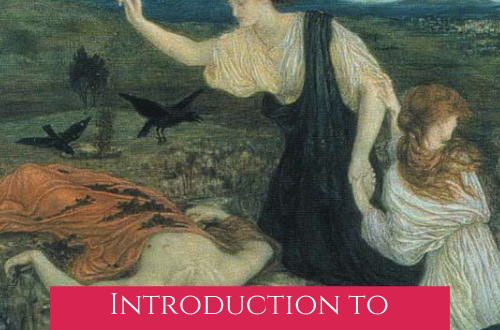 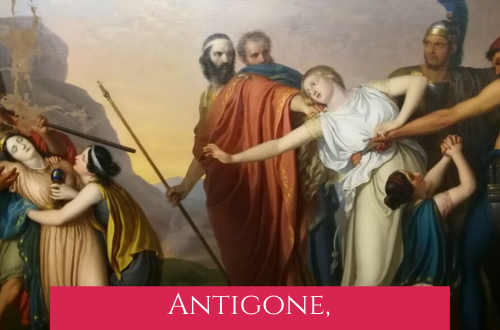