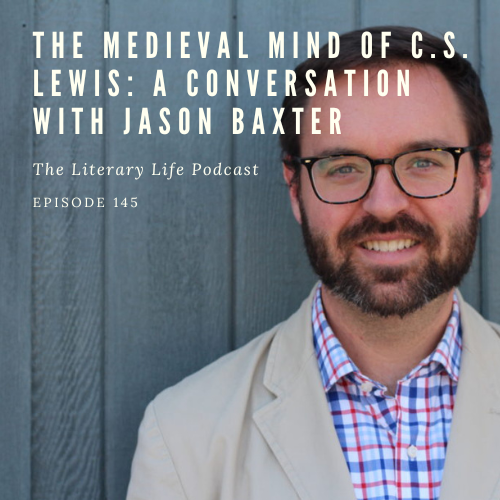 On The Literary Life Podcast this week, our hosts Angelina Stanford, Cindy Rollins, and Thomas Banks sit down for a special conversation with Jason Baxter, author of The Medieval Mind of C. S. Lewis. Jason is a speaker, writer, and college professor who writes primarily on medieval thought and is especially interested in Lewis’ ideas. You can find out more about him and his books at JasonMBaxter.com.

Our hosts and Jason discuss a wide range of ideas, including the values of literature, the sacramental view of reality, why it is important to understand medieval thought, the “problem” of paganism in Lewis’ writings, and how to approach reading ancient and medieval literature.

Be back next time when we will begin digging into Bram Stoker’s Dracula together and learning more about this late Victorian Gothic novel. It’s not what you might think!

Get the latest news from House of Humane Letters by signing up for their e-newsletter today!

My part has been merely that of Walter Scott’s Old Mortality, who busied himself in clearing the moss, and bringing back to light the words, on the gravestones of the dead who seemed to him to have served humanity. This needs to be done and redone, generation after generation, in a world where there persists always a strong tendency to read newer writers, not because they are better, but because they are newer. The moss grows fast, and ceaselessly.

It is the memory of time that makes us old; remembering eternity makes us young again.

It is my settled conviction that in order to read old Western literature aright, you must suspend most of the responses and unlearn most of the habits you have acquired in reading modern literature.

What then is the good of–what is even the defense for–occupying our hearts with stories of what never happened and entering vicariously into feeling which we should try to avoid in our own person?…The nearest I have yet got to an answer is that we seek an enlargement of our being. We want to be more than ourselves…[In] reading great literature I become a thousand men and yet remain myself. Like the night sky in the Greek poem, I see with myriad eyes, but it is still I who see. Here as in worship, in love, in moral action, and in knowing, I transcend myself; and am never more myself than when I do.

Roland is dead, Cuchulain’s crest is low,
The battered war-rear wastes and turns to rust,
And Helen’s eyes and Iseult’s lips are dust
And dust the shoulders and the breasts of snow.

The faerie people from our woods are gone,
No Dryads have I found in all our trees,
No Triton blows his horn about our seas
And Arthur sleeps far hence in Avalon.

The ancient songs they wither as the grass
And waste as doth a garment waxen old,
All poets have been fools who thought to mould
A monument more durable than brass.

For these decay: but not for that decays
The yearning, high, rebellious spirit of man
That never rested yet since life began
From striving with red Nature and her ways.

Now in the filth of war, the baresark shout
Of battle, it is vexed. And yet so oft
Out of the deeps, of old, it rose aloft
That they who watch the ages may not doubt.

Though often bruised, oft broken by the rod,
Yet, like the phoenix, from each fiery bed
Higher the stricken spirit lifts its head
And higher-till the beast become a god.

Beauty in the Word by Stratford Caldecott

The Life of St. Francis of Assisi by St. Bonaventure

The Consolation of Philosophy by Boethius 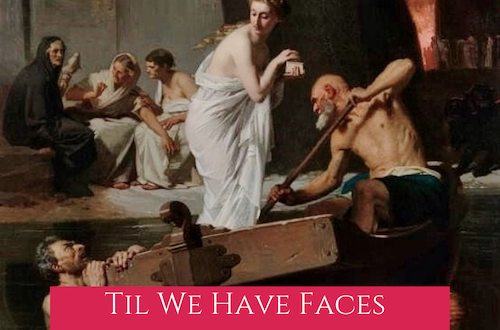 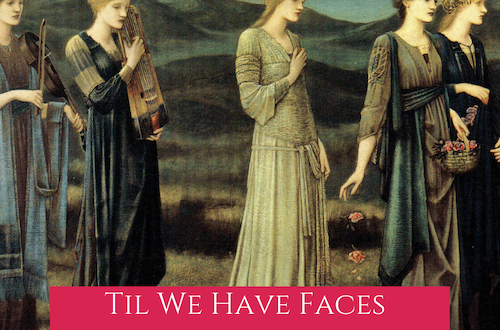 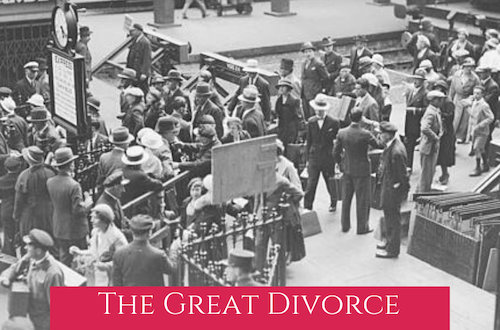