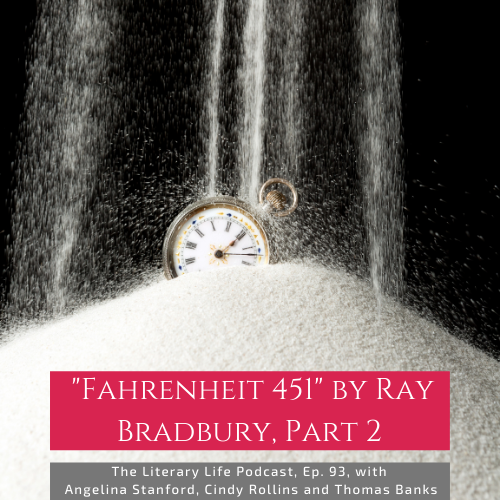 This week on The Literary Life podcast, our hosts continue with the second part of their series on Ray Bradbury’s Fahrenheit 451. After sharing their commonplace quotes, Angelina, Thomas, and Cindy dive into the topics at hand, including but not limited to the following: Clarisse’s role as a Beatrice character, the gift of inspiration versus the gift of interpretation in art, living in an age of distraction, the passing down of cultural memory, and leisure as the basis of education.

Cindy is hosting a new summer discipleship course for moms this year, so head over to morningtimeformoms.com for more info and to sign up! Thomas and Angelina also have some great summer classes coming up, and you can check those out at houseofhumaneletters.com.

Long and delicate maneuverings had bred in him a habit of deceit, and his success had convinced him that in politics, dishonesty was but a venial offense.

“I would not have you think I was doing nothing then.” He might, perhaps, have studied more assiduously; but it may be doubted whether such a mind as his was not more enriched by roaming at large in the fields of literature than if it had been confined to any single spot. The analogy between body and mind is very general, and the parallel will hold as to their food, as well as any other particular. The flesh of animals who feed excursively, is allowed to have a higher flavour than that of those who are cooped up. May there not be the same difference between men who read as their taste prompts and men who are confined in cells and colleges to stated tasks?

Interviewer: How does the story of Fahrenheit 451 stand up in 1994?

The sea is calm tonight.
The tide is full, the moon lies fair
Upon the straits; on the French coast the light
Gleams and is gone; the cliffs of England stand,
Glimmering and vast, out in the tranquil bay.
Come to the window, sweet is the night-air!
Only, from the long line of spray
Where the sea meets the moon-blanched land,
Listen! you hear the grating roar
Of pebbles which the waves draw back, and fling,
At their return, up the high strand,
Begin, and cease, and then again begin,
With tremulous cadence slow, and bring
The eternal note of sadness in.

Sophocles long ago
Heard it on the Ægean, and it brought
Into his mind the turbid ebb and flow
Of human misery; we
Find also in the sound a thought,
Hearing it by this distant northern sea.

The Sea of Faith
Was once, too, at the full, and round earth’s shore
Lay like the folds of a bright girdle furled.
But now I only hear
Its melancholy, long, withdrawing roar,
Retreating, to the breath
Of the night-wind, down the vast edges drear
And naked shingles of the world.

Ah, love, let us be true
To one another! for the world, which seems
To lie before us like a land of dreams,
So various, so beautiful, so new,
Hath really neither joy, nor love, nor light,
Nor certitude, nor peace, nor help for pain;
And we are here as on a darkling plain
Swept with confused alarms of struggle and flight,
Where ignorant armies clash by night.

Leisure: the Basis of Culture by Josef Pieper 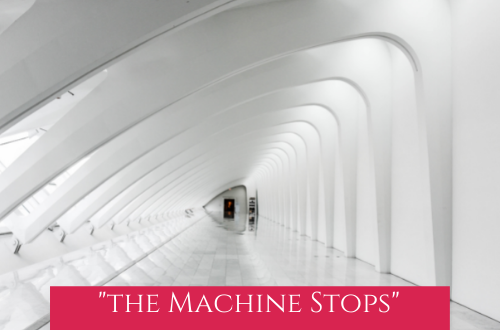 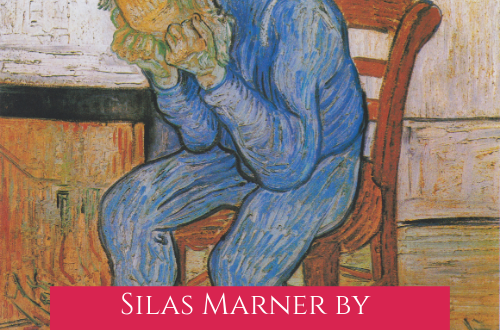 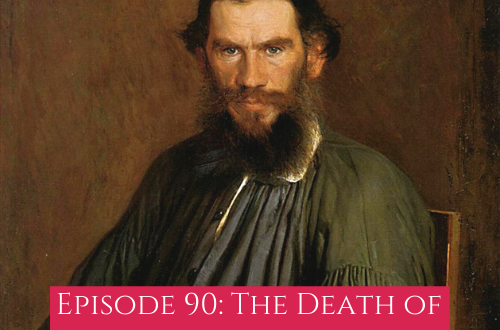