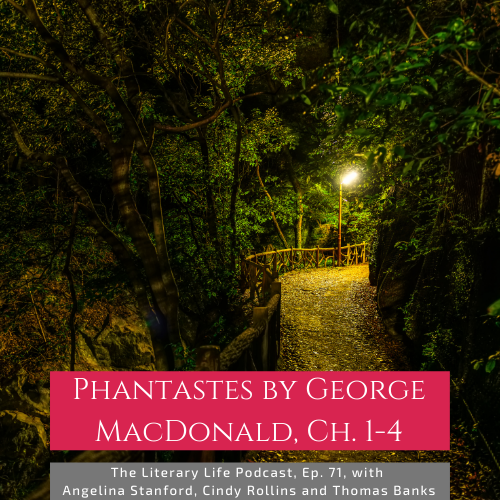 Welcome back to The Literary Life Podcast and the beginning of our series on George MacDonald’s Phantastes. Before our hosts, Angelina, Cindy and Thomas begin the book chat, though, we wanted to let you know about some Advent and Christmas resources ready for the upcoming holiday season. As mentioned before, Cindy’s new edition of Hallelujah: Cultivating Advent Traditions with Handel’s Messiah is available now. Also, Thomas and Angelina have a sale going on for an Advent Bundle of their popular webinars, Charles Dickens’ A Christmas Carol and The Poetry of Advent.

Cindy shares a little about her past reading of many of MacDonald’s books and the effect they had on her. Angelina and Cindy also give some pertinent biographical information about MacDonald and put him in his Victorian context. Angelina brings out the connections between Spenser’s The Faerie Queene and MacDonald’s Phantastes, including the questing element. In answer to Cindy’s question about the German word “Maerchen”, Thomas shares some ideas about what sorts of stories are included in that term.

In this discussion, Angelina points out all the big themes of fairy tales and stories in general that we see right away in this story. Cindy highlights the role of the grandmother in this and other MacDonald stories. In light of the Faerie Queene connections, Thomas wonders if there will be a true woman and a false woman in this story. Angelina and Cindy go on to explore so many more of the ideas and themes presented in these chapters. Be back next week for chapters 5-9.

There is no truth, however overpowering and clear, but men may escape from it by shutting their eyes.

Hurry is a sort of violence on the soul.

I should have been shocked in my teens if anyone had told me that what I learned to love in Phantastes was goodness. But now that I know, I there was no deception. The deception is all the other way round–in that prosaic moralism which confines goodness to the region of Law and Duty, which never lets us feel in our face the sweet air blowing from “the land of righteousness,” never reveals that elusive Form which if once seen mus inevitably be desire with all but sensuous desire–the thing (in Sappho’s phrase) “more gold than gold.”

Soundless the moth-flit, crisp the death-watch tick;
Crazed in her shaken arbour bird did sing;
Slow wreathed the grease adown from soot-clogged wick:
The Cat looked long and softly at the King.

Mouse frisked and scampered, leapt, gnawed, squeaked;
Small at the window looped cowled bat a-wing;
The dim-lit rafters with the night-mist reeked:
The Cat looked long and softly at the King.

The Ruthless Elimination of Hurry by John Mark Comer

The Diary of an Old Soul by George MacDonald

At the Back of the North Wind by George MacDonald

The Purple Island by Phineas Fletcher 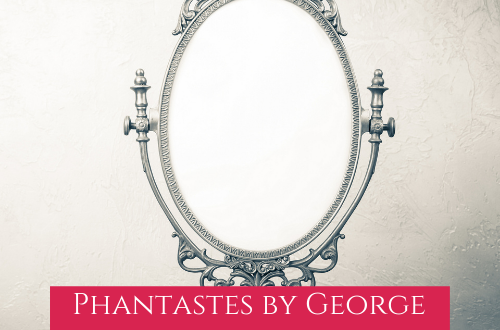 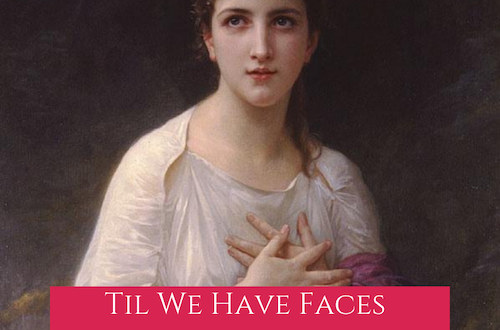 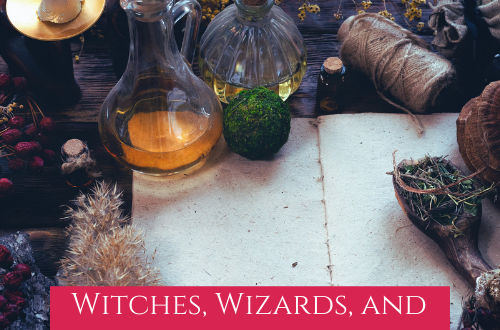