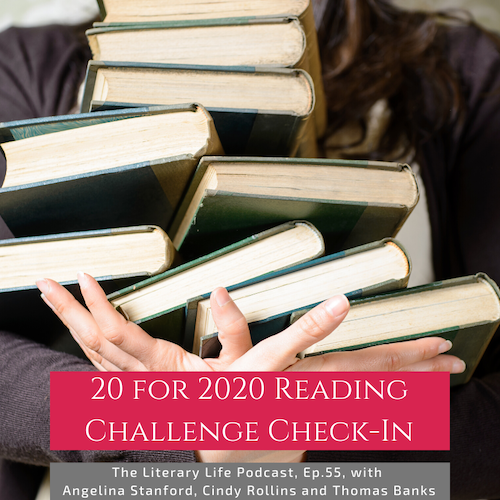 Welcome to our 20 for 2020 Reading Challenge Check-In episode! Before we dig into the content, Angelina announces Thomas’ next webinar coming up this summer, “The Fable: From Aesop to Brer Rabbit.” Sign up at HouseofHumaneLetters.com to find out when registration opens!

After a brief discussion on the merits of reading fiction, our hosts begin listing what they have read in each category of the 20 for 2020 Reading Challenge so far. This episode is brimming over with book references, so be sure to scroll down to the book list any titles you might have missed!

Enter our 20 for 2020 Reading Challenge giveaway! Take a photo of your reading stack or your printed list with titles you are reading and post it to Instagram or Facebook with the tag #20for2020LitLife. We will announce our winners on the next episode of the podcast! We can’t wait to see what you are reading for the challenge!

To know God therefore as He is, is to frame the most beautiful idea in all worlds. He delighteth in our happiness more than we, and is of all others the most lovely object.

And often my father would read us things that he loved, without a single word of ‘explanation’. Of these the Ancient Mariner stands out beyond the rest. O happy living things! Why do people murder them by explanations?

The mere fact that a story is a work of fiction, however, does not prevent its having a deep and significant truth of its own. We find, then, that the distinction between true stories and works of pure imagination, though convenient, is not quite essential. For fiction may be just as true, in the higher sense of the word, as history, or travel or any other record of actual experience.

I remember, I remember,
The house where I was born,
The little window where the sun
Came peeping in at morn;
He never came a wink too soon,
Nor brought too long a day,
But now, I often wish the night
Had borne my breath away!

I remember, I remember,
The roses, red and white,
The vi’lets, and the lily-cups,
Those flowers made of light!
The lilacs where the robin built,
And where my brother set
The laburnum on his birthday,—
The tree is living yet!

I remember, I remember,
Where I was used to swing,
And thought the air must rush as fresh
To swallows on the wing;
My spirit flew in feathers then,
That is so heavy now,
And summer pools could hardly cool
The fever on my brow!

I remember, I remember,
The fir trees dark and high;
I used to think their slender tops
Were close against the sky:
It was a childish ignorance,
But now ’tis little joy
To know I’m farther off from heav’n
Than when I was a boy.

A London Child of the Seventies by M. V. Hughes

Centuries of Meditations by Thomas Traherne

The Winter’s Tale by Shakespeare

Two Gentlemen of Verona by Shakespeare

The Comedy of Errors by Shakespeare

The Taming of the Shrew by Shakespeare

A Question of Proof by Nicholas Blake

Howards End is on the Landing by Susan Hill

The Man in the Brown Suit by Agatha Christie

Death on the Nile by Agatha Christie

Black Wings Has My Angel by Elliot Chaze

Treasures of the Snow by Patricia St. John

The Stress of Her Regard by Tim Powers

Plain Tales from the Hills by Rudyard Kipling

The Collected Stories of Caroline Gordon

The Life You Save May Be Your Own by Paul Elie

The Bark of the Bog Owl by Jonathan Rogers

The Path of Loneliness by Elisabeth Elliot

Reflections on the Psalms by C. S. Lewis

Anatomy of Criticism by Northrup Frye

The Company They Keep by Diana Pavlac Glyer

The Tale of Genji by Lady Murasaki

Ibn Fadlan and The Land of Darkness by Ibn Fadlan

An Anthology of Invective and Abuse by Hugh Kingsmill

The Faerie Queen by Edmund Spencer

The Clouds by Aristophanes

Zen in the Art of Writing by Ray Bradbury

Mystery and Manners by Flannery O’Connor

Love in the Void by Simone Weil

The Fine Art of Reading by David Cecil

The Towers of Trebizond by Rose Macaula

The Magnificent Ambersons by Booth Tarkington

Lyrical Ballads by Wordsworth and Coleridge

To Bless The Space Between Us by John O’Donohue

The Word in the Wilderness by Malcolm Guite

Along Came a Spider by James Patterson 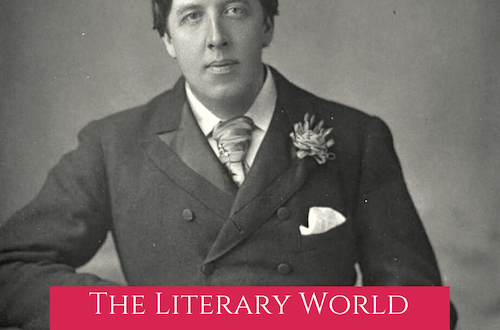 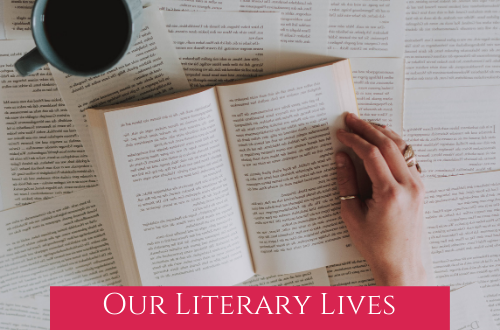 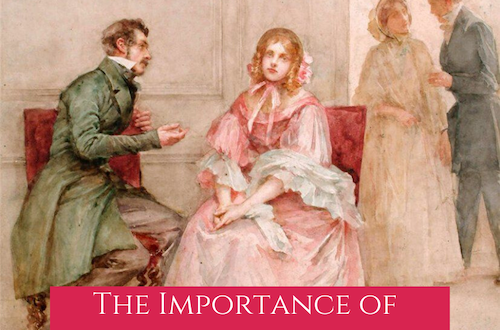 Episode 46: “The Importance of Being Earnest” Act 3